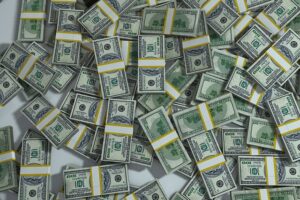 Debt is a huge financial burden that can affect many aspects of life. Too much debt can lower credit scores, making large purchases hard to acquire. Other factors include late payments, high interest rates, and late fees, making the debt seem never-ending.

The average American has about $38,000 in personal debt, with credit cards and mortgages tied for the leading cause. Debt can be easy to acquire and hard to get rid of, though it’s not impossible to pay it off. By employing simple financial disciplines, debt can be paid off faster than the general norm.

There are a number of repayment plans that can help pay off debt fast. Two popular plans are the snowball method and the avalanche method.

The snowball method includes ordering the debt from the smallest payment to the largest and continuing to pay the minimum amount. After all bills are paid, the extra money can be thrown towards the smallest balance. Once it’s paid off, that whole payment goes towards the next biggest balance, and so on. By the time the biggest balance is reached, the payment should be substantial.

The avalanche method is similar, but instead of ordering the payments by balance, the payments are ordered by interest. This method starts paying the balance with the highest interest rate and works its way down. Since it focuses more on interest payments, it could save someone more money in the long run.

It’s important to research different methods to find one that resonates. For example, even though the avalanche method saves money in the long run, studies have shown that it’s easier for people to use the snowball method because they earn victories faster.

Budgeting can help organize and prioritize financials, because people can visually see where their money is going. Incorporating debt payments into a budget can guarantee the funds will be present. Common tactics to stick to a budget are:

People may like to spend the extra money they get or earn on themselves. Though it may not sound fun, putting that extra cash towards debt will help pay off balances more quickly. Commissions are a good example, as are year-end bonuses from work.

4.  Focus on Changing Your Habits

Small financial habits can add up to big expenditures. Eating out every day costs Americans an average of $3,000 a year. Changes like bringing lunch to work can go a long way, and that extra money can be put toward debt payments. Other habits that can easily change are:

Though it may not seem like a large amount, collecting change throughout the year can also add up. Depositing change into a piggy bank, or coin jar, is an easy habit to develop. A quarter a day adds up to almost $100 in a year, and every dollar counts.

If big goals seem overwhelming, setting smaller goals can help ease pressure. For instance, Americans carry up to four credit cards, which can add up to a lot of debt.

Another way to set repayment goals is to make a visual reminder, like a progress bar. This gives people a physical goal to focus on, and can help reinforce positive behavior.

6.  Think Outside the Box

Technology makes it easy to earn cash. Many mobile apps, like Uber or Airbnb, let users create a side business with minimal effort. Nearly a quarter of Americans earn money through these types of platforms.

According to Price Economics, on average, Airbnb hosts make $924 a month while Uber drivers make $364 a month, which can make a healthy dent in a debt balance.

If all else fails, there are many unconventional ways to make money, including:

Positive reinforcement is an effective method for encouraging new behaviors, including paying off debt. Edward Thorndike’s law of effect principle states that a behavior that is followed by a pleasant or desirable consequence is likely to be repeated.

Celebrating victories increases motivation — as long as the reward is within reason. For example, if a balance of $500 was paid off, but the reward was a new car, then the reward counteracts the behavior.

Debt can be overwhelming. Luckily, many methods exist to help pay off debt quickly and easily.

Fairfield Funding is a direct funder of structured settlement and annuity payments.

Our management team has over 25 years of experience in financial services. Unlike most companies in our industry, we only hire season financial professionals. This allows us to custom fit a solution to your specific needs. We are not order takers. We are problem solvers!